How often have you driven from southern California to Las Vegas via the I-15? Many people consider the drive to be nothing but desert and rather uninspiring. This is where I beg to differ! There are so many interesting people and places scattered along Interstate 15.

Leaving Barstow I was headed south to Victorville. (Remember, I have a dinner date/ sleep over with my trail angel family.) Undoubtedly it would have been quicker to jump on the I-15; however, there was a stretch of route 66 I had been dying to explore. Even though I was running short on time, there were two mandatory stops in my mind, Helendale and Oro Grande.

Driving along route 66 into Helendale lies a secret desert oasis, Silver Lakes. Silver Lakes is a resort community that has been built around two man-made lakes. In many ways, it feels like a mini Palm Springs with a pond. Water from these lakes comes from the Mojave river, which, while dry at the surface, maintains a flow underground. 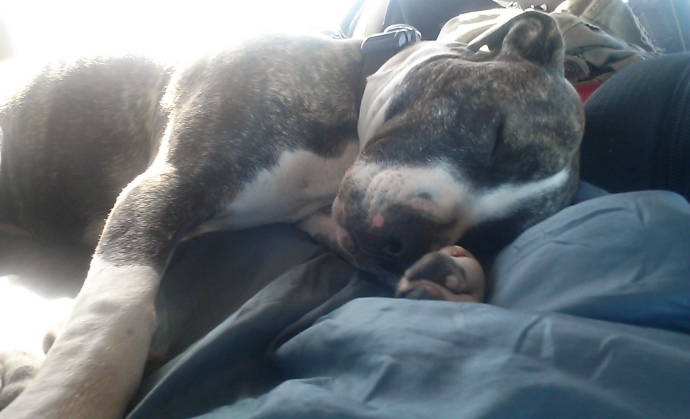 Shadow had spent most of the day carsick and sleeping, so I thought Silver lakes would be a great place to stretch his legs and bag his second lake baptism.

Since raising Shadow for the past 5 months, I have come to realize mainstream society does not perceive a pit bull boxer mix as a free-spirited, friendly, social, extremely adventurous, high energy kind of dog. Well, they are! I have also noticed women seem to be less afraid of Shadow then men. In my experience, men will either tell me how handsome and beautiful Shadow is, or insist upon getting into Shadows face and wanting to rough house him. I find the latter behavior a tad strange and lacking in mindfulness. If I applied this mentality towards greeting a fellow human being, it would be considered rather domineering, disrespectful, a violation and disregard of personal space, and borderline abusive. Is it assumed that pit mix’s like to be rough housed by strangers? Perhaps it’s fear driven, or is it a test to see how ‘aggressive’ Shadow is? Note, if you think smacking a dog’s face is a social greeting, it isn’t.

Understanding social etiquette with dogs is a life skill in my mind. Countless times Shadow and I have experienced people who are clueless when it comes to approaching a dog. 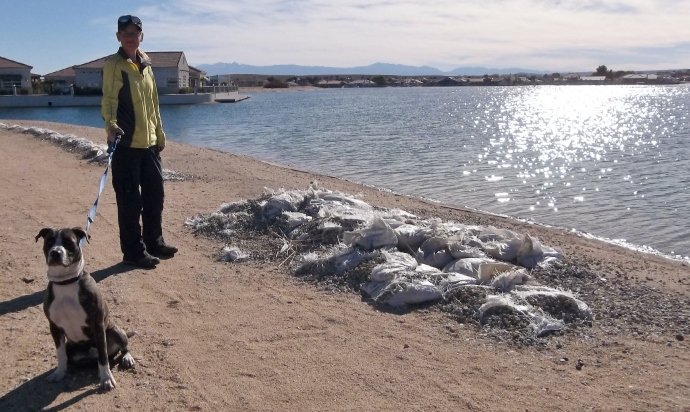 After a lake visit, we headed over to Twisted Chicken to order some home fries. We had not even ordered, when the kind waitress came outside and asked if she could give Shadow a treat. In her hand was a big piece of twisted chicken. I have never seen Shadow park his butt so quick in order to receive food.

While we waited for our food several customers came up and said hi to Shadow. I have noticed Shadow is very protective and super gentle with babies and children. He really lives to his breed name as “The Nanny Dog”.

In America from the late 1800’s into the the early 1900’s, Pit Bulls were considered the family babysitter. 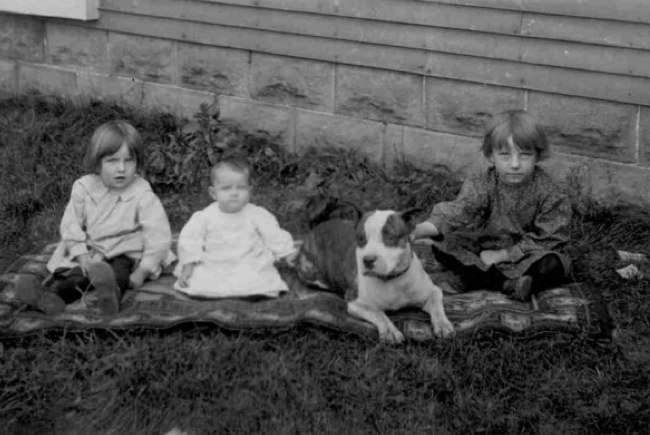 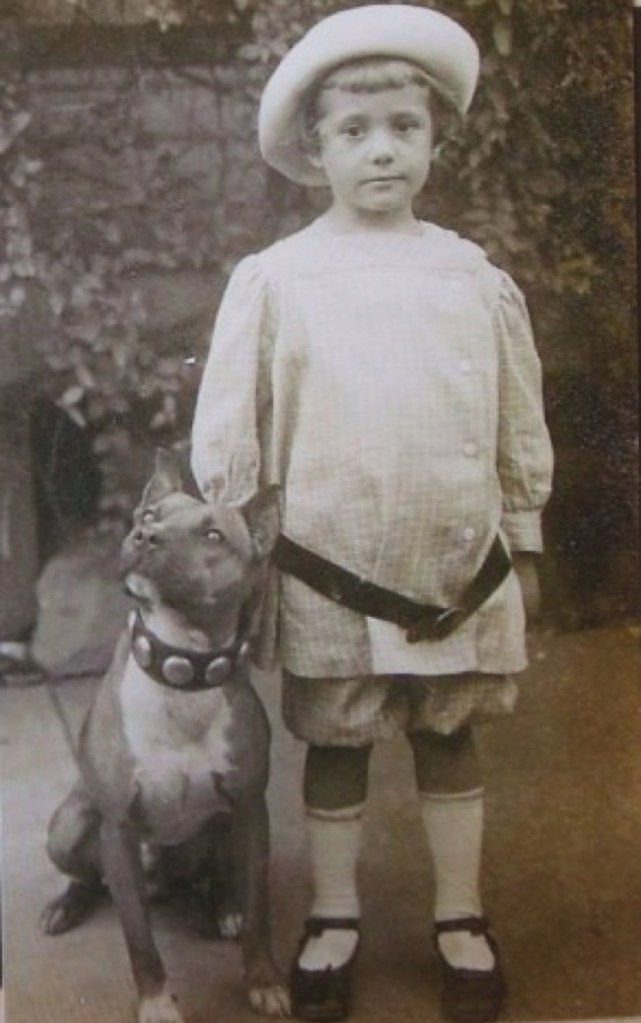 Their loyal and protective nature was considered ideal for the role of third parent. Hellen Keller owned several pit bulls in her lifetime. Perhaps her pit bulls were the equivalent of what we now consider service/therapy dogs.

Our visit to Silver Lakes was brief, but we had a wonderful time at the lake and meeting some locals. 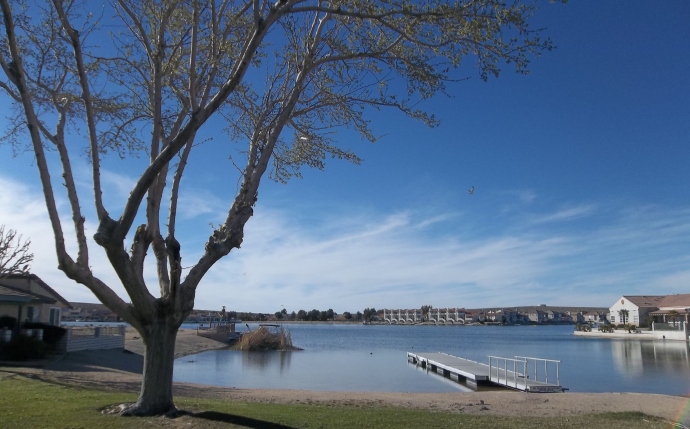 4 thoughts on “ROUTE 66 TO VICTORVILLE”