We returned back to Boulder Beach campground after our long day hike to Hoover Dam.

I wanted to camp at Boulder Beach Campground because it hugs the Lake Mead shoreline.

Undoubtedly, it’s one of the most commercial camp grounds I have stayed at in a long time. I am used to backcountry camping, where the only luxury items are the ones you can fit into your pack. So the idea of having access to a flushing toilet, trash cans, picnic tables and a BBQ grill is rather upscale. With that said, $10 a night, it’s scenic, however still a little congested for my liking. Next door to the campground is an RV park.

Some of the rigs here are full-time residents, while many RV’s are seasonal. Over the past 12 months, I have researched numerous ways of living differently and simpler. I have found a large community of people, young and old, who have decided to live and work on the road full time.

For mainstream, this may seem like an underground movement, but it really isn’t. Many generation X’ers are realizing they can live mobile while telecommuting to work. Generation X’ers are often referred to as the “lost” generation. If we are the LOST generation, then I also think we are the generation that FOUND ways to re-invent ourselves during harsh economic times. In the midst of a long-term recession and a disappearing middle class, we have become extremely resourceful and creative. Gone are the days of long term job security and stability with a company. I have found many of my fellow generation X’ers have been forced to diversify their professional resume, similar to their parent’s 401k plans.

Generation X’ers statistically are the most educated generation. 30% of us have a bachelor’s degree or higher. I feel we are the generation that was raised on change. Granted we were the first generation of latchkey kids. Daycare, divorce, and single parent homes became normalized during our childhood. 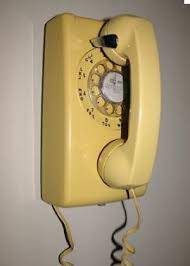 We are the generation that grew up with a rotary phone on the wall, introduced to the cordless phone, marveled over a cell phone, celebrated the pager,  not to mention our cheering of free internet phone calls. 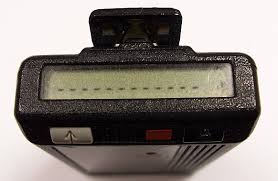 We were raised on records, yet we took great pride in our creation of mix tapes. We cheered for compact discs, and we embraced mp3’s. On Sundays you might even find us stalking garage sales looking to buy back our disregarded turntables from the late 80’s.

Personally, I feel our generation of change has enabled and permitted us to fast track our professional careers. Change was the norm growing up. We learned to adapt rather quickly, if we didn’t, we were left behind.

Baby Boomers have adapted too. The first generation to psycho analyze themselves, they are demanding to live more and wait less. Some retired boomers are finding part-time work in state and national parks that help offset costs while living mobile. Retired seniors are working as camp ground hosts. It pays minimally, however it does allow one to live rent and utility free. Artists are also finding that living on the road is a more affordable way to create, while not being committed to a mundane day job in order to pay rent. The dualism of an artist, creating and funding your passion until it becomes your full-time income, while juggling a soul less job to pay the bills in the meantime.

I have also met full timers trying to survive on disability. A disability check is an unlivable wage, especially if you are single. Living within simple means, means living creatively and becoming extremely resourceful. For many people disability is their soul income. Imagine living on 600 dollars a month? You may understand why living on the road full-time is a happier and cheaper way to live, as opposed to struggling to make a rent payment. I know many senior citizens held hostage by their social security check. After paying rent, and buying food, there are only pennies left.

Regardless of one’s income, I think we could all benefit from living a more resourceful life. Do we really need so much stuff? The great comedic sociologist George Carlin taught me this lesson many years ago.

Realistically, I see myself as a future tiny house builder. However recently I have been entertaining the idea of converting a bus into a home on wheels. I feel by mixing tiny house technology and my backpacker’s simplicity, I could create my dream all wheel drive home. Off course I would have a roof top deck, with an outdoor bedroom.

Imagine having a drivable open space? Something like this perhaps? Although,  I would have hard wood floors!

We returned back to camp to prepare and bunker down for a windy night. With the tent secured, Shadow took the time to tend to his toes. 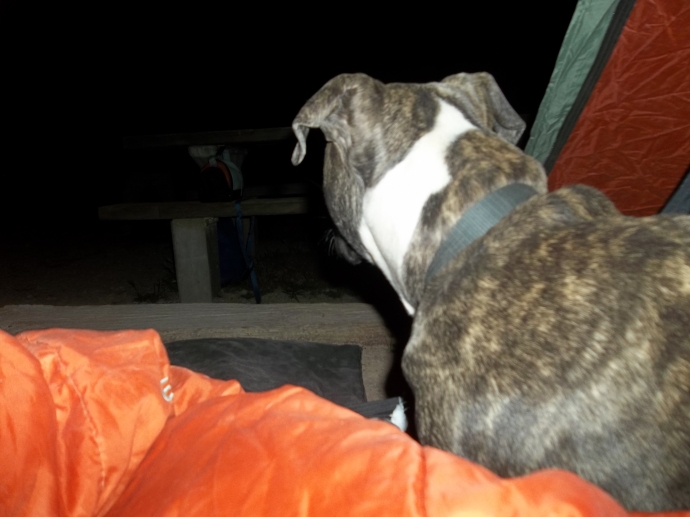 Poor Shads, he had never experienced so much friction from sand on his paws.

I was starting to wonder how unsettling the daily changes had been for him. For now, he lives day-to-day, and has no idea of where home is. Similar to his mama, he might be learning that home is really being at peace with yourself, embracing your surroundings, and being open to others around you. 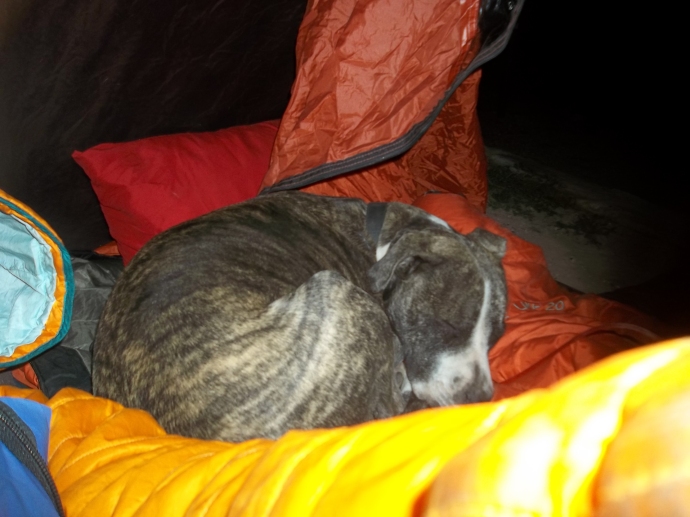 Throughout the night the winds howled. In Shadow’s mind the windy man had returned. The best defense: hide. Shadow opted for pulling the sleeping bag over his head in order to fend off the windy man. Under the covers he felt safe. 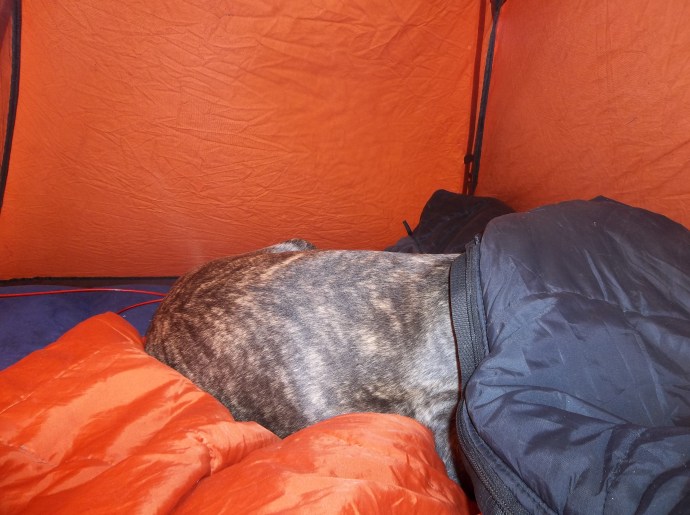 By morning the windy man had calmed down, yet his presence was still felt and heard. 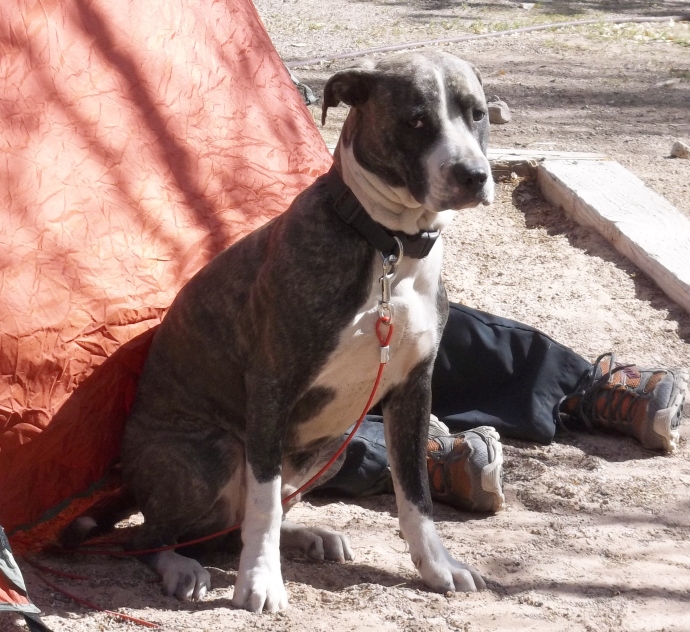 Shadow was not impressed with the reality that we would be spending another day in the wind. I think the look says it all! 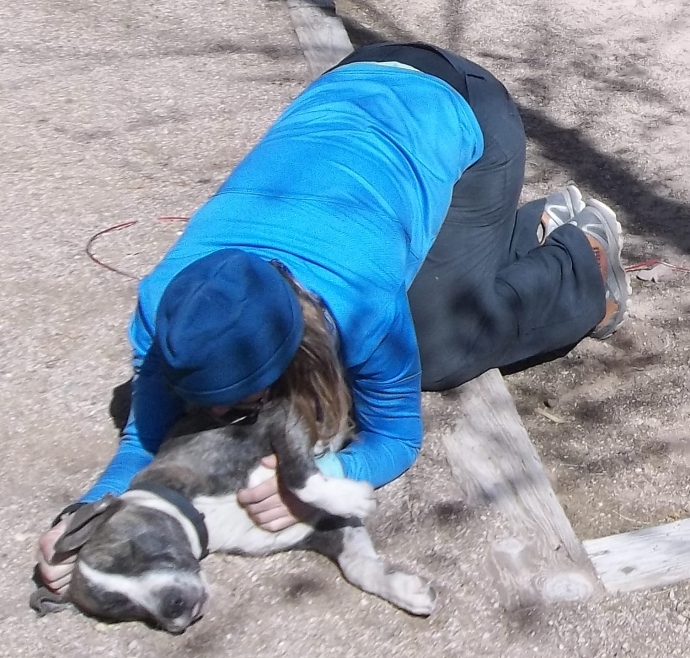 I decided a morning cuddle, stretch, and massage might turn Shadow’s mood around.

We were heading to Boulder City this morning, and later onto St. George, Utah. We had a long day ahead of us. I was hopeful that some dopamine and oxytocin production might change his attitude.