I left Boulder City, Nevada, with an everlasting memory of a talking alien spooking Shadow and a one-stop shopping plaza sign. Since Shadow’s early days, I have made a point of socializing and exposing him to other dogs, puppies, adults, and children. A chance meeting with an alien is not something I had ever considered. To rob Shadow of an extraterrestrial experience would be criminal in my mind, even if the alien was robotic! 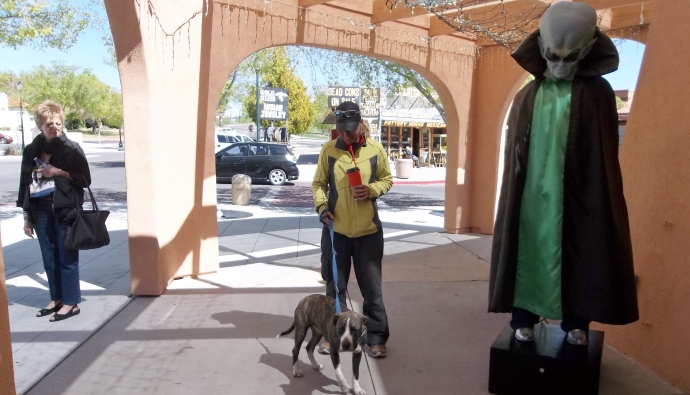 As a team, we approached the robotic alien with caution. While Shadow was trying to figure out what species the alien was, a passerby was trying to determine Shadow’s breed. The woman told me she had never seen a pit boxer mix walking in downtown Boulder City. I guess it’s not a common occurrence!
I remember while living in Fresno, I noticed pits were mainly backyard dogs. Seldom did I ever see a pit playing in the park, never lone enjoying the children’s slide. Shadow grew up in the park. We would often make late night park visits so we could play on the slide together.

The streets were Shadow’s backyard as a homeless puppy, so why change it now. He has always been very comfortable in the urban jungle, yet I could see his potential as an adventure dog.

The shopping plaza sign caught my immediate attention while strolling through the historic area of Boulder City. The plaza contained a mortuary, an insurance broker, and a real estate agent. I feel this sign broke down the aftermath and finality of death in a very honest yet commercial way. Either embalmed or cremated, the dollar amount of an insurable death could be collected, followed by an investment in real estate. This plaza offered one stop shopping when it came to the handling of death. 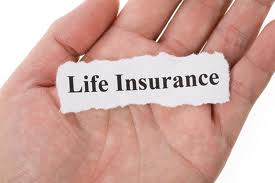 The concept of life insurance has always been rather odd to me. I fully accept and understand the financial hardship placed on a family when a spouse passes unexpectedly. No amount of money will ever replace the loved one’s loss, however, a decent life insurance policy can ease the financial burden suffered as a result of death.

My struggle with life insurance though lies in the terminology. Death insurance would be more appropriate in my mind. Life insurance to me is more a self-care term. Perhaps it’s the art of being responsible for your own happiness and perhaps mindful of other people’s misery.

What if life insurance was a plan started at the age of 20?

With a 20 year duration, the policy would be cashed in by age 40. You could use the funds to invest in yourself and your life. Perhaps this type of insurance would place the focus on living while still having a separate policy for death.

One guarantee in life is that from the time we are born we are dying. I call this death assurance!  I feel a death assurance policy would be more suitable in title as opposed to the current life insurance term. My slogan would be, “insurance for the living and assurance of death.” 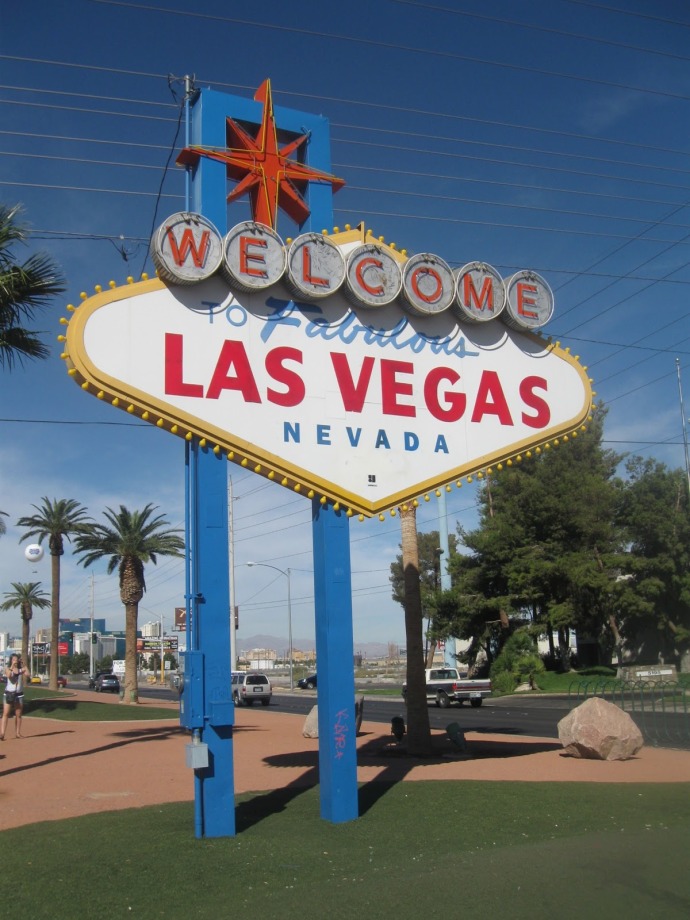 As we passed through Vegas I decided to stop and fill up the gas tank outside the city limits. 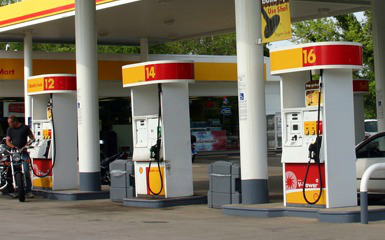 I thought it would feel “less Vegasy” how wrong could I be!

From Vegas, it was a straight shot up the I-15 to our next stop, the Virgin River Canyon Natural Recreation area. I planned for an easy day in the car, two hours tops. Sadly, this two-hour drive turned into four hours of road work and traffic jams.

The 1-15 had come to a complete standstill. Shadow noticed our lack of movement. This experience on the I-15 gave me flashbacks to my days in southern California. Countless hours wasted on the 405 and the 101. No wonder many living in southern California feel somewhat defined by their car. I think some weeks I spent more time in the car than at home. On numerous occasions while stuck in L.A. traffic jams I remember asking myself, ‘what if this is my last day on the planet, and I spent it in traffic’

For over an hour we sat and waited, and waited, and waited, until finally we had movement. Shadow was also visibly annoyed by the freeway standstill. We were only 30 minutes from Mesquite, Nevada, yet another casino town. I decided we could all use a bathroom break, and figured soft serve ice-cream would be the perfect medication and distraction from our traffic jam experience.

It would be here, at a McDonalds, in Mesquite, where Shadow would get to taste his first soft serve cone. I was also hopeful his ice-cream experience would make this the highlight of his day as opposed to being in a stationary car.

After our ice-cream stop, Shadow was very disappointed to be back in the car. I am sure in many ways it felt like a never-ending road trip. How do you tell your dog that his new home will be in the Arizona desert? Could he ever imagine having mother nature as a playground? 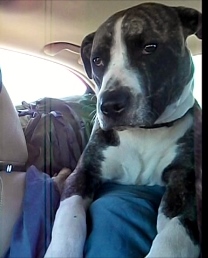 Within 30 minutes, we exited off the freeway for the Virgin River Canyon Recreation area. The Recreation Area is located off of Interstate 15 about 20 miles southwest of St. George, Utah. Nestled in a pocket of the spectacular Virgin River Gorge, this campground is surrounded by colorful cliffs and rocky canyons. 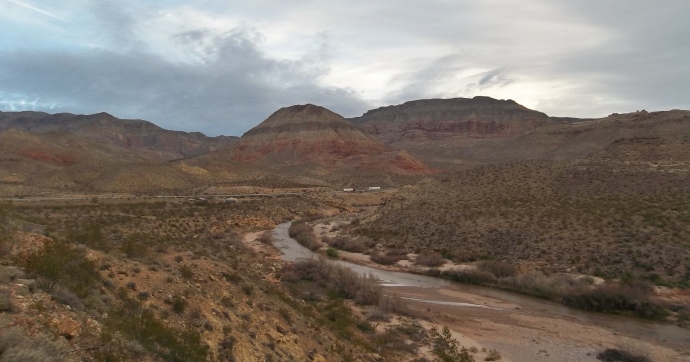 This would be our final camp spot before making the final three-hour drive to Vermilion Cliffs. I don’t think I have ever seen a camp spot so close to the freeway and yet be so beautiful. We arrived with just enough time to set up camp before the sunset.

Like any dutiful guard dog, Shadow watched the tent while I unloaded the car. He seemed to be in a constant state of “Now where”!

Min, like any good papa, tried to reason with him, however it basically came down to no more camping and driving. Little did Shadow know the new life that he was about to begin was far better than most dogs could ever dream of imagining.

Shadow and I took a quick walk around the camp ground. It was predominantly motor homes and travel trailers that scattered the area. What did catch my attention though was a converted shuttle bus. It even had a chimney. I knew this DIY home on wheels had a wood stove. Hopefully I would bump into the owner, and perhaps even get a tour of the bus.

I wondered who owned the bus, and what inspired them to start living on the road.

The white bus to the right is the home that caught my eye. I think converting former shuttle busses into motor homes is genius. Over the past six months, I have contemplated buying a used RV or a retired shuttle bus.

With one more tent night to go, I wondered when my next camp out would be. Hopefully it would be no later than my birthday in June. Every year since I moved to America I have always planned an adventure to celebrate another year of living.

Birthdays have always been a tad weird and awkward for me. Celebrating my birthday equates to a lifelong sense of trauma and wonder for one mother, and for the other it commemorates the day she met her newborn hatchling. For me, my birthday was a constant reminder that I had no history. My adoptive mother raised me, yet I still don’t know who she really is. My birth mother carried me, and doesn’t know who I am. For most of my life both women have been more of a mystery than a reality. 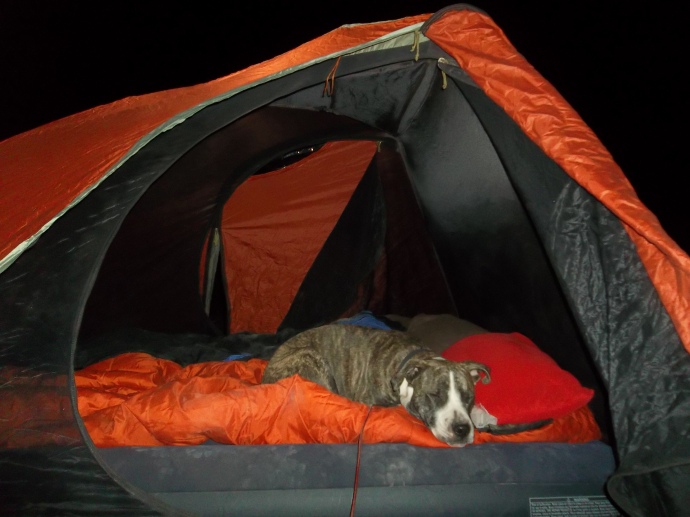 We hit the hay early, and it seemed Shadow went to bed wondering what tomorrow would bring. In some ways I did too. I was heading to an outpost town to live and work. I had no formal job interview, had never met my new boss, nor even seen my new living conditions. I am not a religious person, however I think my decision to leave California would categorized under the term faith.

Around 6am, we stirred. In Shadow’s world trail shoes symbolize movement and a potential walk. He had yet to meet the Virgin River, so I asked him if he was open to a river walk. He is such a good listener! 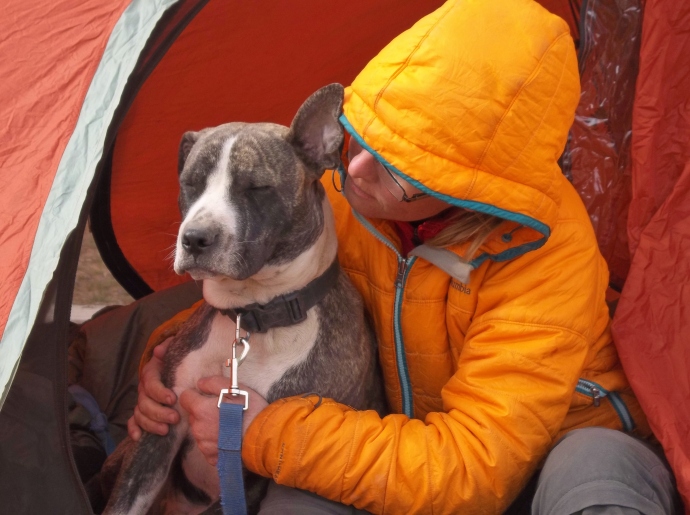 As we headed to the river, I realized Shadow would be living near two rivers at Vermilion Cliffs. The Colorado and the Paria would be in his backyard, and more than likely his summer playground.

Shadow saw his first desert flowers during this walk. I wondered how his first interaction with cacti would be. I had horror pictures of cacti prickles in his nose, or stuck in his paws. Shadow was also going to need snake training. Oh, the joys of parenthood! 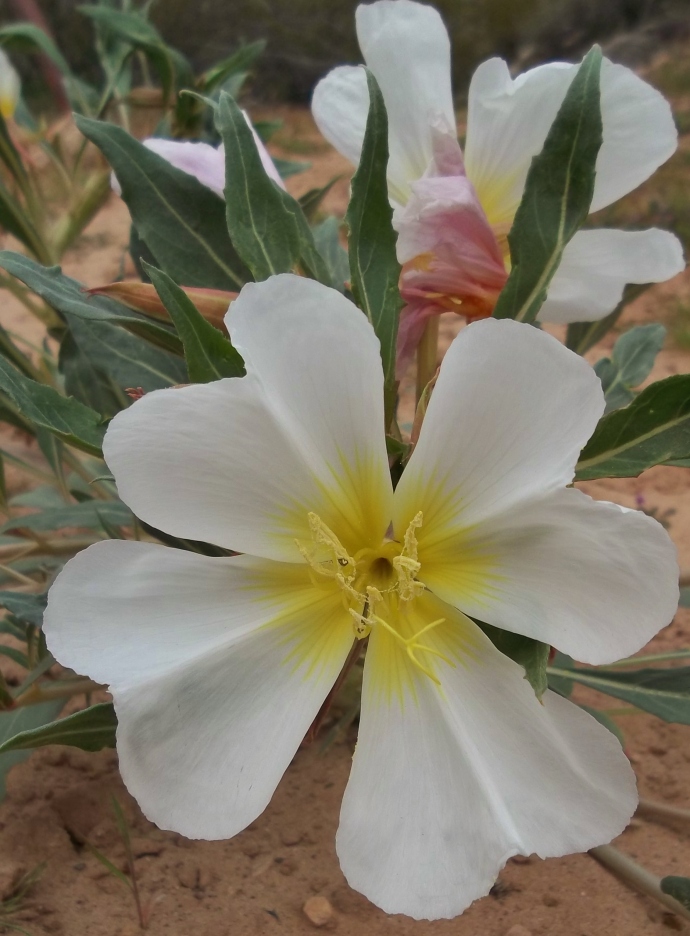 Shadow like his mama is not a fan of cold water, so we both hugged the shoreline.

We headed back to camp with the intention of packing up early and hitting the road. 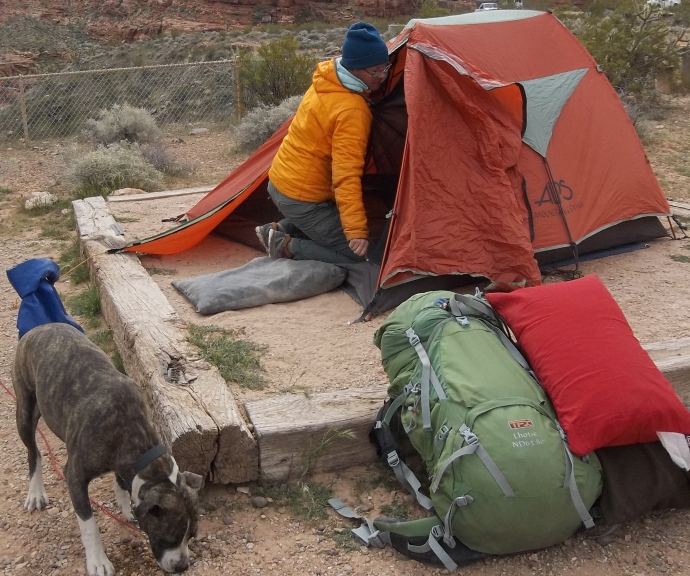 Sometimes I feel the difference between an intention and a plan, is flexibility. After bumping into the shuttle bus owner, I could not leave. I felt compelled to spend time with the woman who turned a bus into a home on wheels.

Meet Yvonne , a woman who turned a former shuttle bus into a home on wheels. It has everything one could need, even a wood burning stove! Yvonne and her pooch live part-time on the road. A skateboarding accident left Yvonne with a brain injury, rendering her to life she had not planned for. Some may consider this life changing event as an eternal game changer, however, Yvonne says she now considers her brain injury a gift!

Have you ever enjoyed a strangers company so much you find yourself sitting your ass down on a gravel road to continue your spiritual pow wow?

Yvonne is someone I would have never met in a shopping mall, or at a local restaurant. I have found the most fascinating people I ever met have been in the outdoors. The focus is seldom small talk, but more a real conversation about understanding and knowing each other. It seems the road like being on trail, offers community, commonality and connection. At times I feel mainstream has become so disconnected that they now look for connection through social media as opposed to face to face.

3 thoughts on “LIFE INSURANCE, DEATH ASSURANCE, AND A NEW FRIEND”