“We’re all strangers connected by what we reveal, what we share, what we take away, and our stories”

A couple from New Mexico sat down at Lees Ferry Lodge to have lunch. As I handed them menus, I asked them in my mixed Australian/ American accent, “So what brings you to this neck of the woods?” Smiling, the women replied, “The vastness of space”. “Wide open spaces tend to make people less guarded,” I replied. “Perhaps the desert permits a vulnerability that city landscapes tend to imprison”.

The husband nodded in agreement, as his wife enquired about my experiences with people visiting the lodge in Vermilion Cliffs. I told them it seems people who venture out this way seem to be more willing to share their life, thoughts, and dreams. Spend five minutes with a patron and you will learn more about their life than they would ever share in the city.

As I took the couple’s order, the husband asked where I was from. “Australia,” was my reply. It seems my accent tends to be an icebreaker for both American and foreign tourists. For American’s, they insist I sound like Crocodile Dundee, while Aussies are somewhat horrified as to how American I sound. The Brits are relieved to find out I’m Australian, because they know I will bring them milk for their tea and coffee, as opposed to America’s coffee whitener, half n half. Europeans are somewhat relieved as they know I will understand when they share a meal, as they find American portion sizes to be rather gluttonous.

During their lunch, the wife who I will refer to as Dr. C, told me she studied Tibetan Buddhism, which led her to traveling and working in remote areas of India, Bangladesh, Sri Lanka, and Thailand. I told her about my experiences in Northern Thailand, in addition to studying Shinto Buddhism, while living in Japan.

As I prepared their bill, Dr. C signaled for me to come to her side of the table. With a very sincere, yet serious face, she reached for my hand and said, “Leigh, you are someone who travels to remote areas, you would be the perfect person to scatter my ashes after my passing”.

Surprised by her request, yet feeling very honored, my answer without a moment’s hesitation was “YES”. Dr. C’s husband looked me square in the face and told me his wife was very serious about her request.

In a gentle tone, I kindly asked his wife to leave her chair and approach the counter. I wanted to show both her and her husband I was serious about keeping my word and carrying part of her ashes with me throughout my travels. It was at this point, I got my co-worker to grab my camera and capture my promise in action. 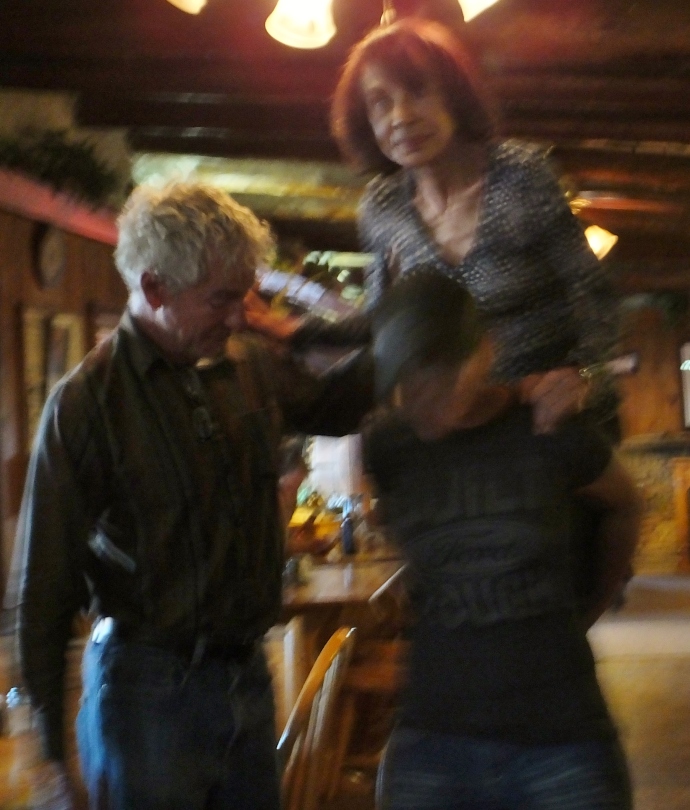 “By carrying you in the living, I honor my commitment to carry you in death” were my promissory words to Dr. C ,as we began our piggy back ride up and down the bar.

Terrified I would drop her, her husband watched on until he realized I could carry his wife comfortably around the bar.

While many of us may fear death, there are some people like Dr. C, ensuring a death that involves frequent flyers miles and hiking boots. I have always hoped I would pass on a mountain. It seems more serene than a hospital bed or dying of a terminal disease in a nursing home.

For me, perhaps the idea of being henpecked by buzzards on a mountain ridge seems more natural than lying on a cold tray at a mortuary, and being injected with formaldehyde. Yes, cremation is an option; however, being turned into human powder remains just as unappealing.

As Dr. C and her husband left for New Mexico, my co-worker was quick to comment, “Leigh, now that was destiny”. If destiny is a hidden power believed to control what will happen in the future, what do we call experiences and events that happen in real-time, the now? 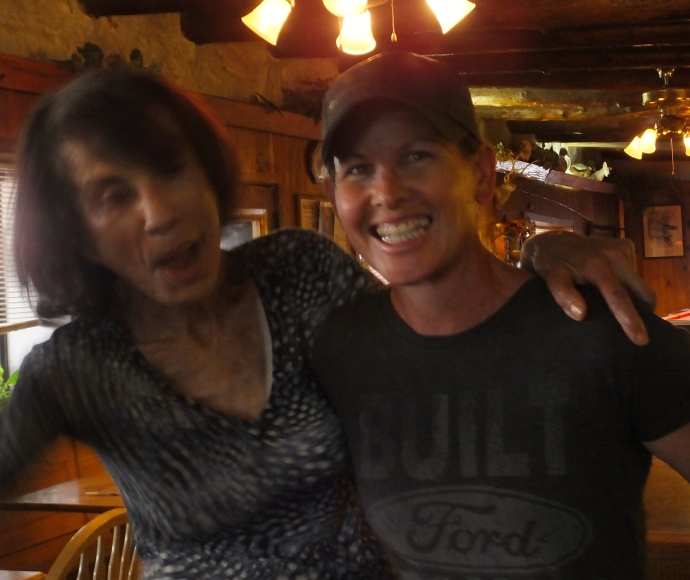 3 thoughts on “WOULD YOU CARRY MY ASHES?”