Whatever the outcome, we can always say: “Old age happens when the regrets have taken the place of the projects.” Michèle & Gaétan 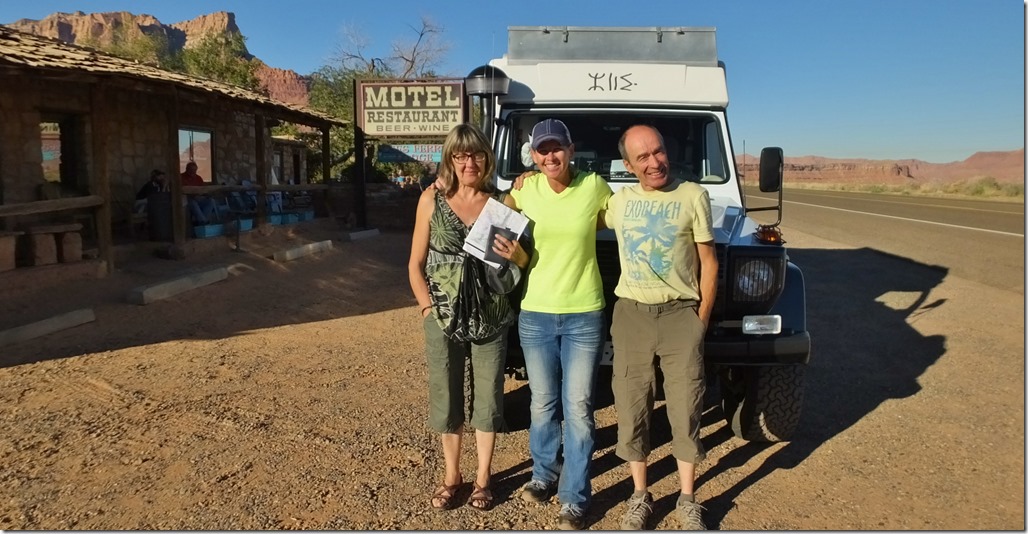 On a mid October afternoon my fantasy 4×4 Adventure vehicle pulled into the parking lot at Lees Ferry Lodge. Fortunately for me, the restaurant was slow, so without hesitation I marched outside to meet the owners of this dream machine. 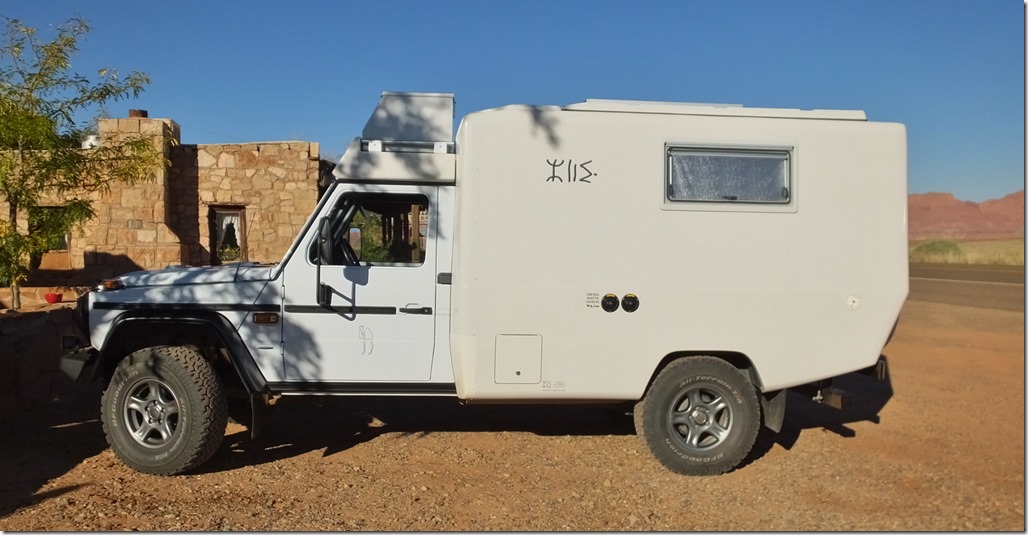 Meet Michèle and Gaétan, a delightful couple from France. Michèle and Gaétan first met in 1976, and after spending 26 years together they finally bit the bullet and married in 2002. In 2010 , Gaétan started contemplating his pending 2012 retirement. He tried to imagine what his days would look like while he waited 8 years for his wife to retire. Considering Gaétan spent 33 years as a truck driver, the idea of spending more time alone in retirement did not sound appealing. Yes he could fill the days with gardening, mowing the lawn, and completing DIY projects, however ultimately he really wanted to travel. 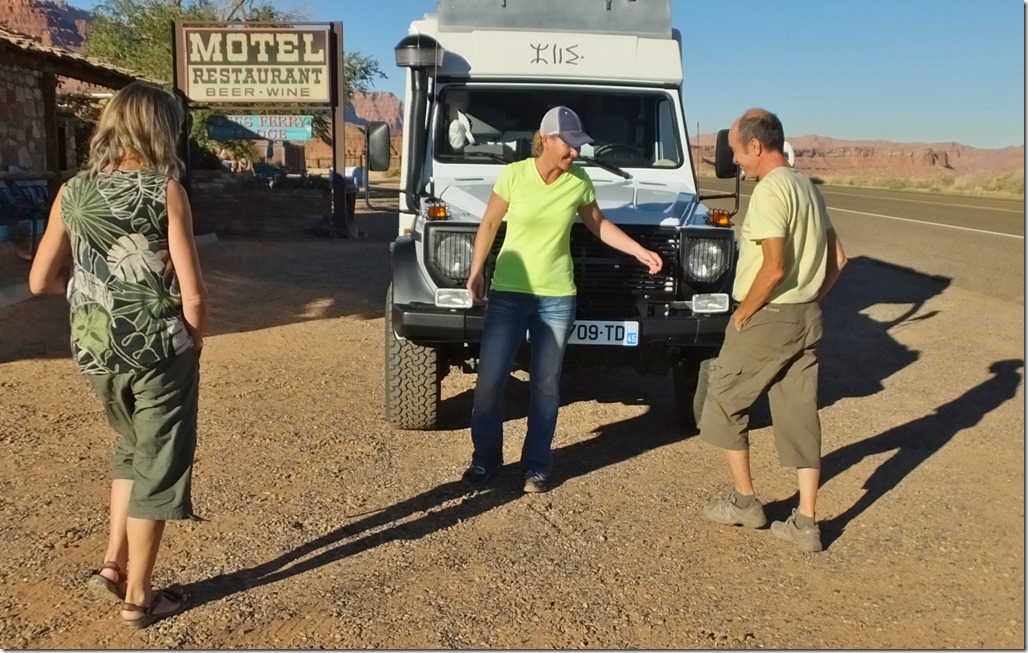 Have you ever entertained a radical idea and turned it into a reality?

Would the idea seem less radical once you entertain it and make it happen?

What would you be willing to give up in order to gain something greater?

For Michèle and Gaétan , “radical meant we will live with less, but we shall live otherwise.”

In order to pursue their travel dreams Michèle retired early, they sold their house, and used the funds to purchase their all terrain home on wheels. 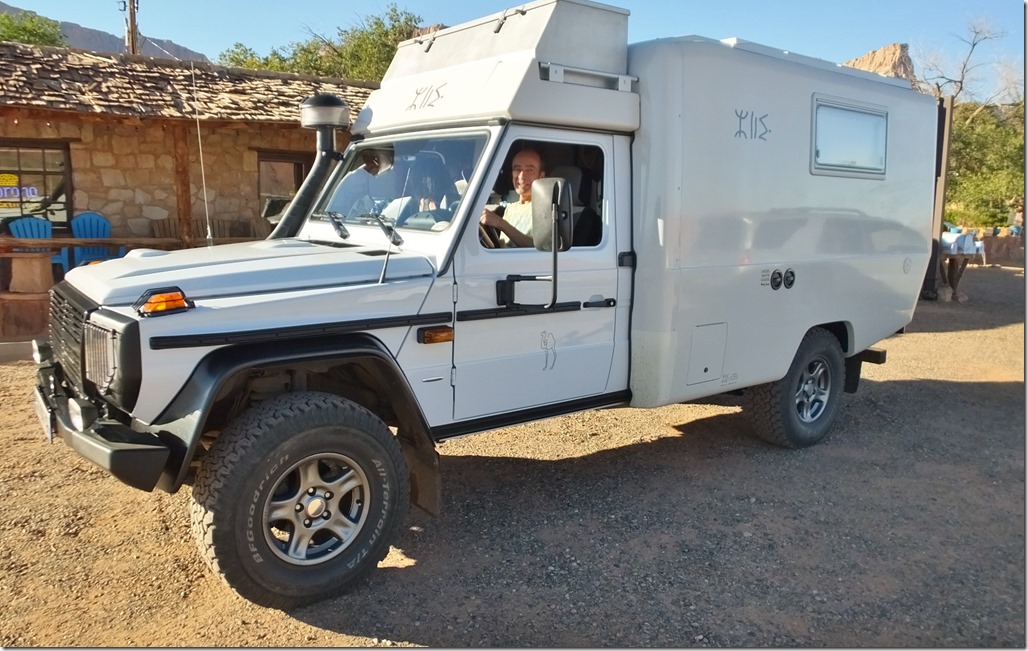 With their minimal English and my nonexistent French language skills we  gestured our way into the lodge for some drinks and dessert. 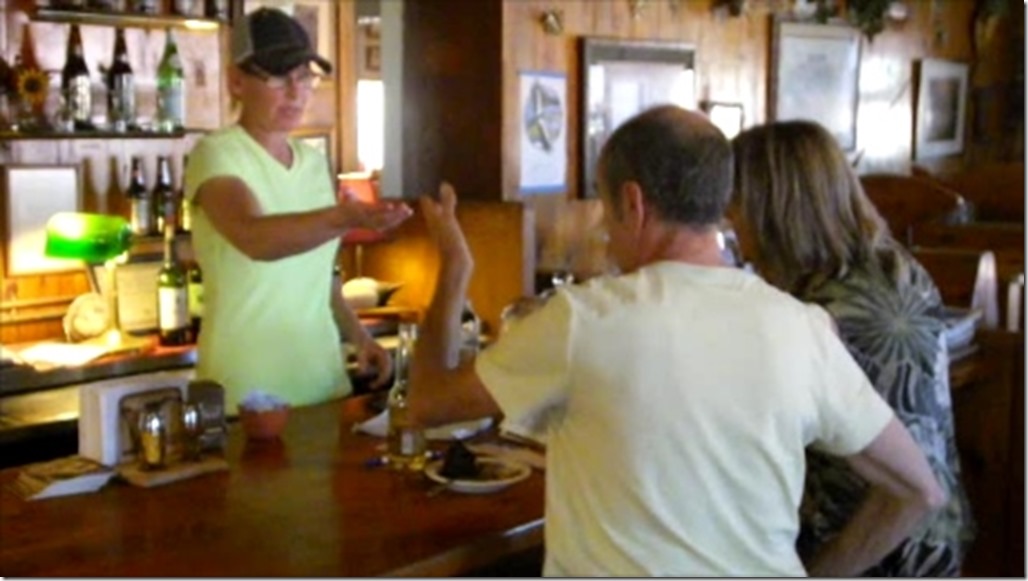 I am still not sure what was more contagious; Michèle and Gaétan’s love of life, or their willingness to explain the details of their international road trip.

Perhaps this is how foreigners tried to communicate before Google translator?

I would later find a few maps on http://www.lescapadedesmigati.fr/ that documented their journey across North America.Their adventure began by ferrying their home on wheels to Halifax, Canada. Michèle said it was cheaper to ship their vehicle to Canada as opposed to the U.S.A. Personally I think Halifax is a great starting point, here is the map that documents their travels throughout Canada. 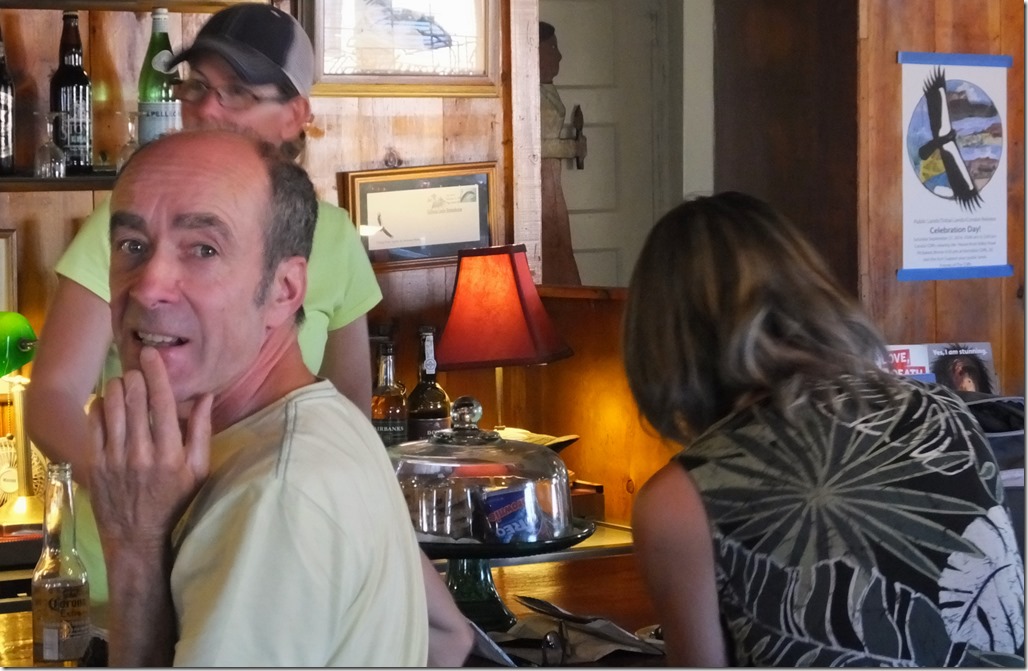 After leaving Vancouver, the couple off roaded through some of the most stunning scenery the U.S.A. has to offer. 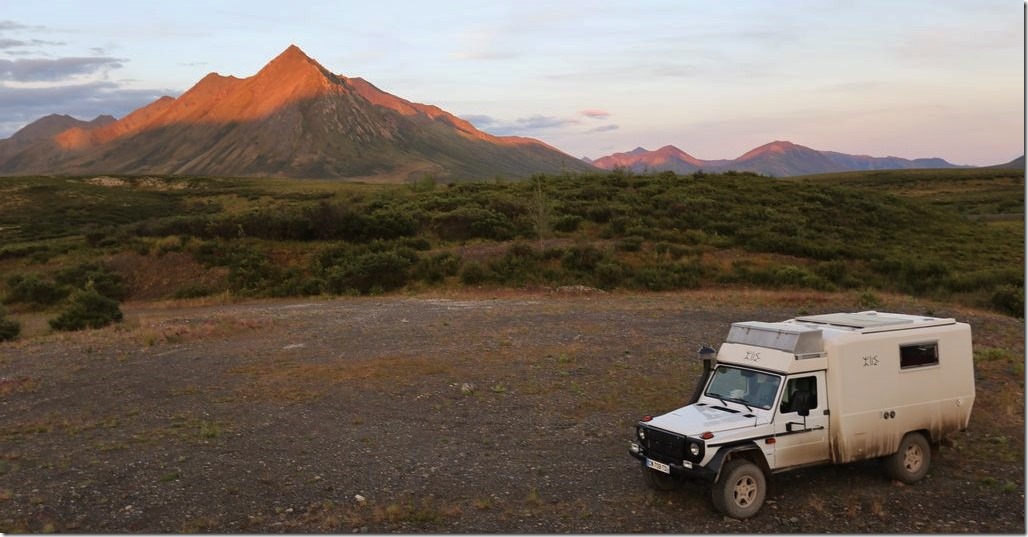 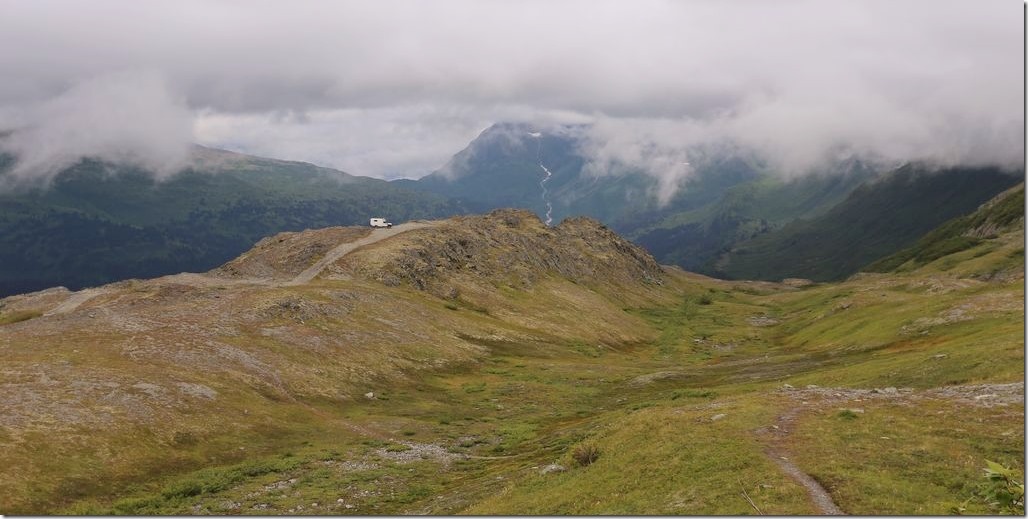 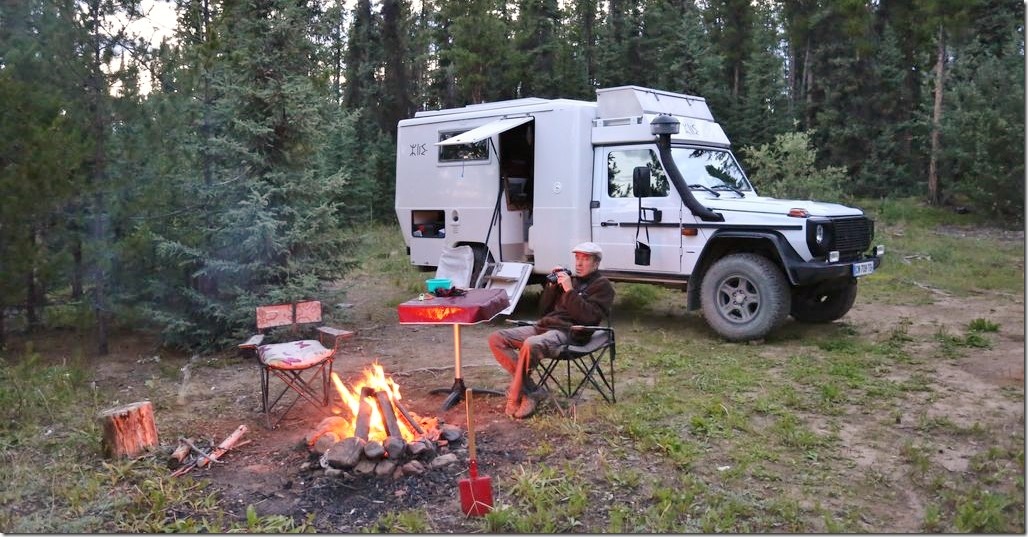 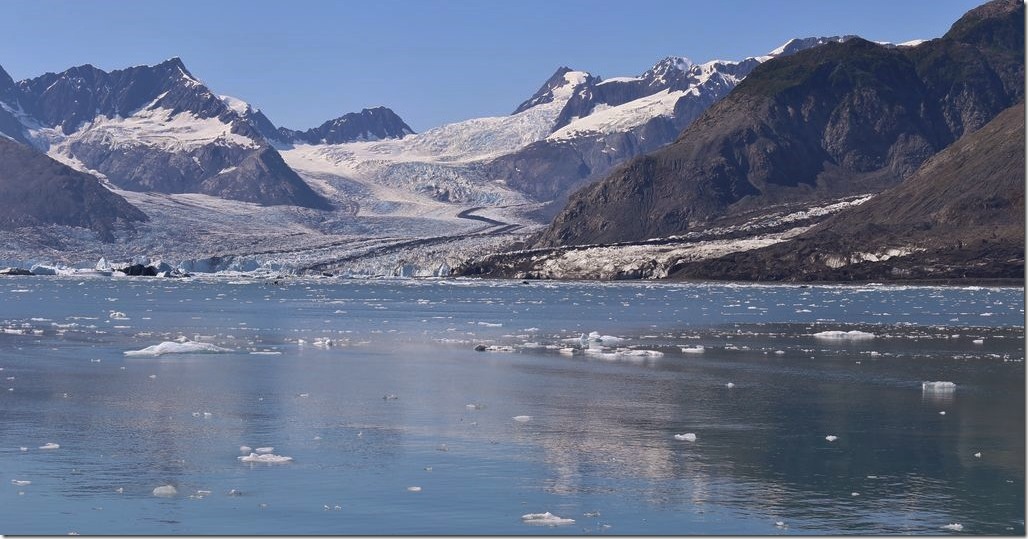 On this day I felt blessed that Lees Ferry Lodge had become a stop on Michèle and Gaétan’s adventure map. After leaving Arizona Michèle and Gaétan headed to California before venturing south into Mexico. From what I understand they are South America bound. 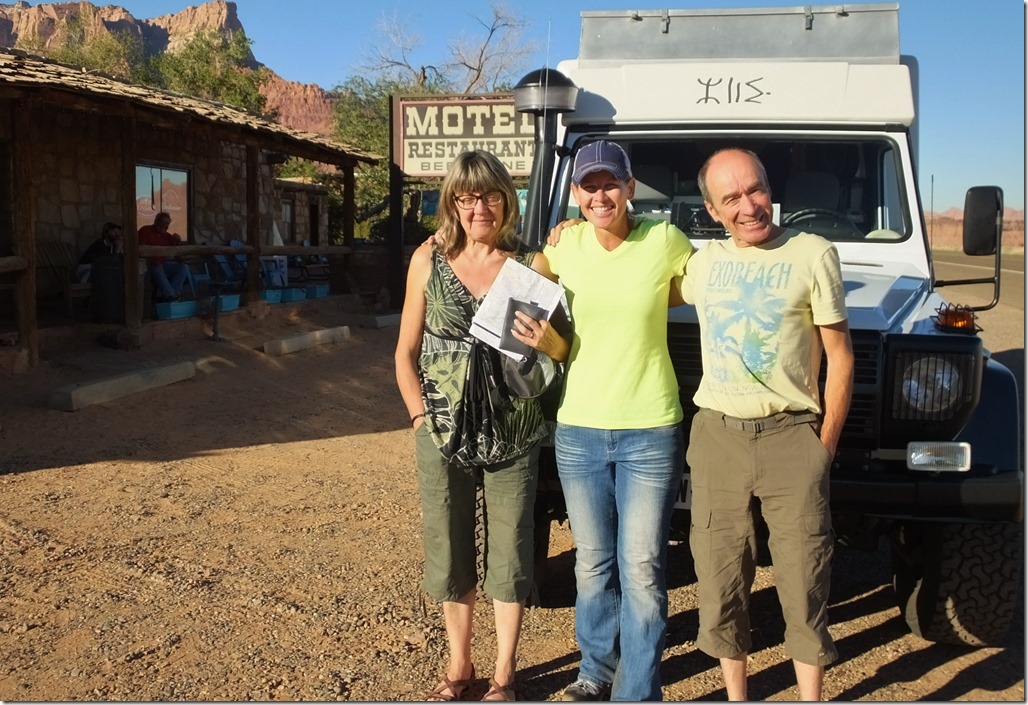 The beauty about residing and working in a remote area is that you never know who you are going to encounter on any given day of the week. Every stranger I have met out here has a story. At times I think we have become so disconnected from our own humanity that we have transferred this lack of interest onto our fellow human beings. Everyone has a story, sadly the majority of human experiences will remain untold simply because no one ever bothered to ask.

For the past 8 months I have worked in he hospitality industry. As a newbie there was a lot to learn, however I think the most important component of the hospitality industry is understanding the meaning of the word. Biblically, hospitality means for the love of strangers. In order to enjoy the business you must love strangers and perhaps even be in touch with your inner Curious George. 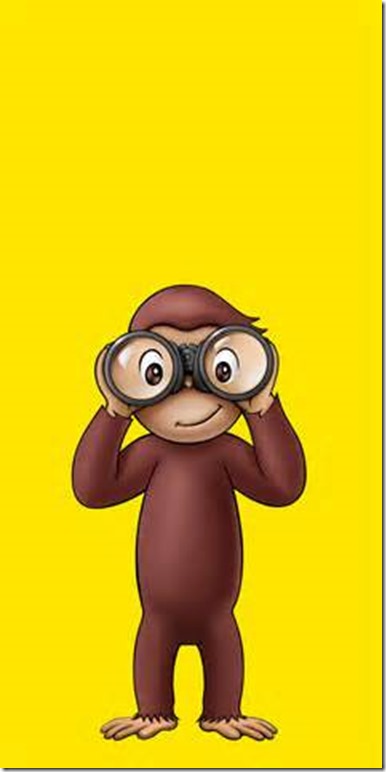 So the next time someone says “Did you hear about the retired French couple who sold everything and bought a $200K adventure van to explore the world?” 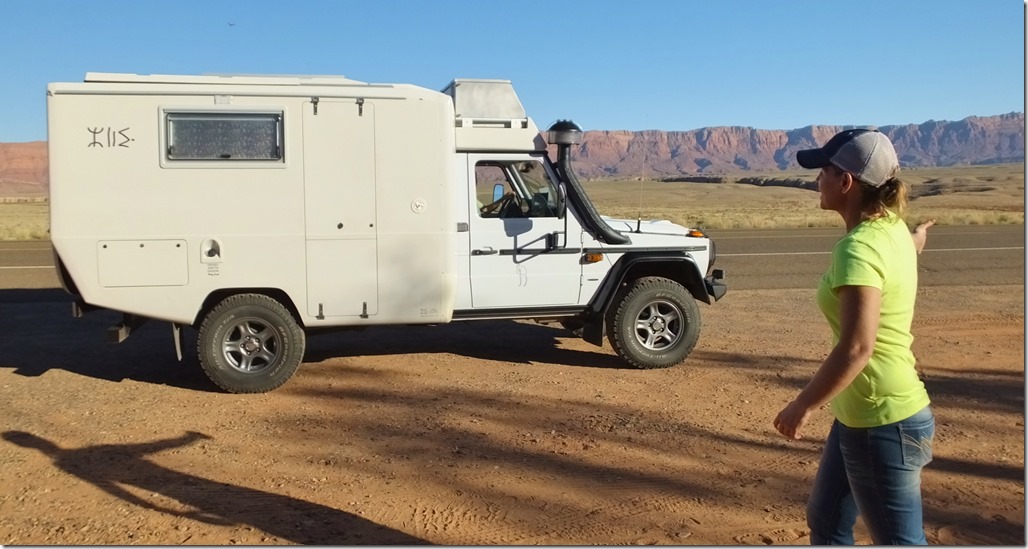 3 thoughts on “ON THE ROAD – FRENCH INSPIRATION”