“For many years I was a self-appointed inspector of snowstorms and rainstorms and did my duty faithfully, though I never received payment for it.” Henry David Thoreau 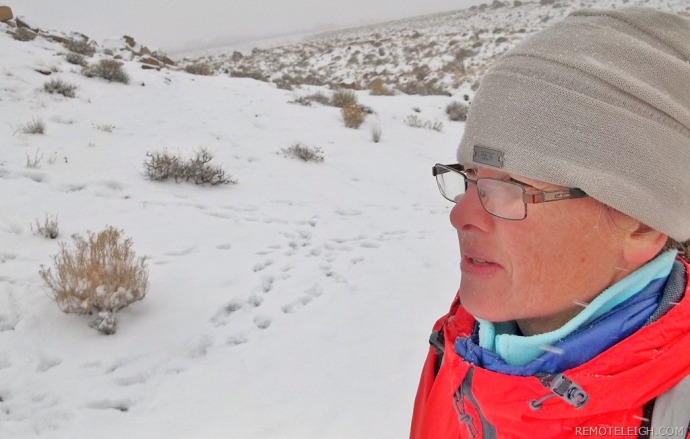 Have you ever spent an entire night chatting on the phone with a love interest? What starts as a well-intentioned goodnight phone call slowly evolves into an endless conversation about life and love. Is it commonality that bonds two humans over the phone or is it the soothing sound of a familiar voice? Is love founded in chemistry and bonded in chemicals? What fuels a marathon long phone call? Could oxytocin be to blame? Can the social bonding love hormone be activated during phone conversations? I am saying YES because I felt chemically altered after hanging up the phone with the perfect stranger. So altered, that I could not believe my eyes when I let Shadow outside to use the bathroom. I saw snow; it was snowing in the desert!

Shadow and I left the front yard and headed over to Highway 89A. Being off season, there were no tourists traveling along the road. Vermilion Cliffs lay quiet from a population standpoint. The majority of seasonal workers had gone home for the winter. All that remained was a handful of staff members and a few local residents. This is what the dead of winter looks like in a remote outpost town.

After our slippery walk along 89A, Shadow and I returned home to have some coffee and banana bread with Min. As tired as I felt, I decided to stay up for the day. Sleep could wait, there was so little time and too many photo opportunities. Snow outside my back door was a dream come true!

Just before noon, Min, Shadow, and I headed through the backyard towards the cliffs. Based on the weather report, the storm would continue for another thirty-six hours. It made me wonder; how much snow could we expect in Vermilion Cliffs? Six inches, eight inches, a few feet? I didn’t care, bring it on! I felt so fortunate to be hiking in a desert snowstorm. 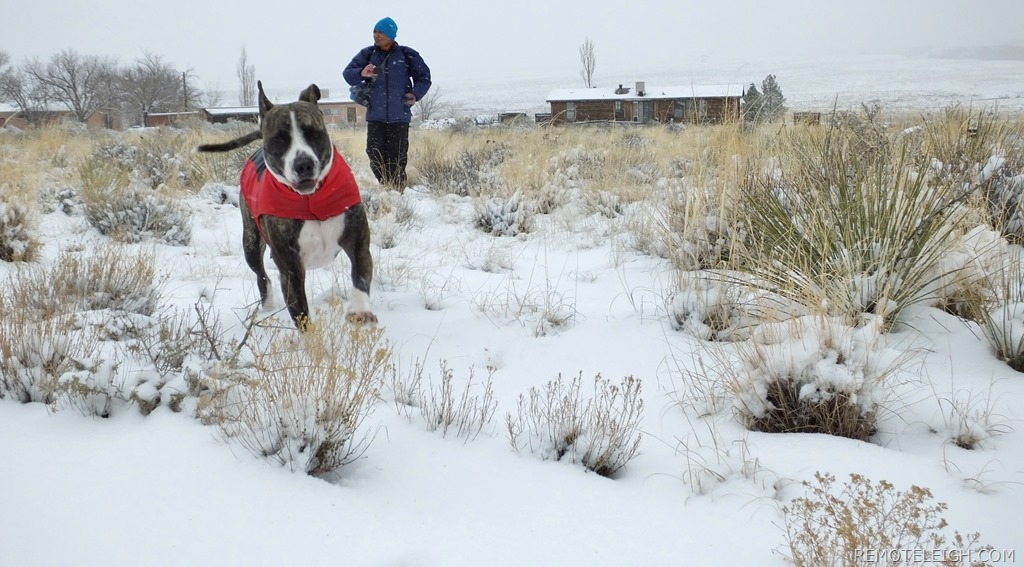 After less than a mile on trail, we found ourselves in the eye of the storm. The snow was falling at over an inch an hour and the wind was starting to howl. Shadow didn’t seem to mind, perhaps he felt like a seasoned snow dog after his white Christmas encounter. 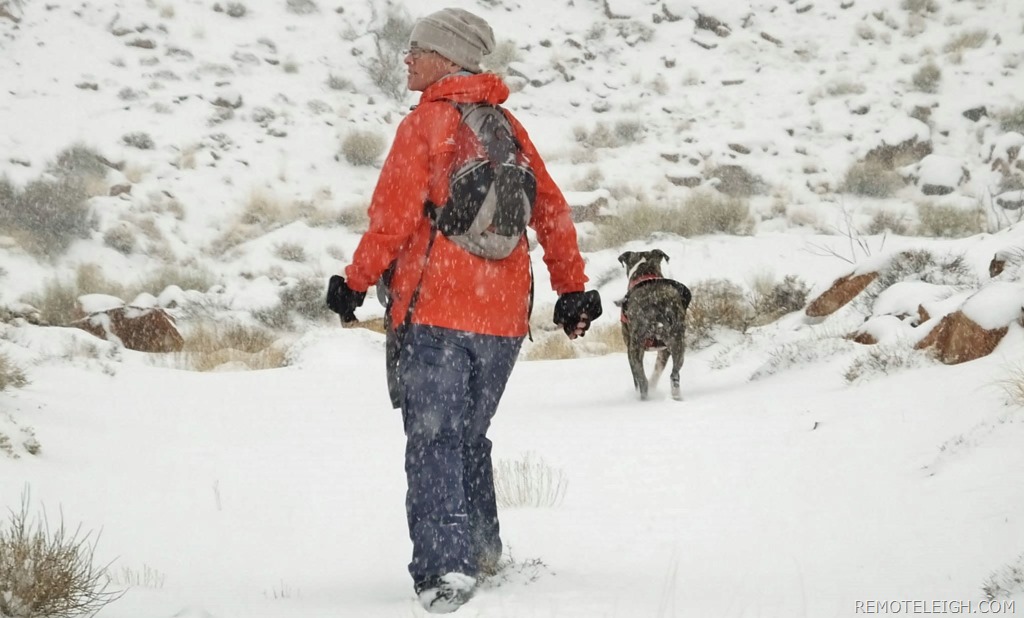 Halfway up the cliffs,` we decided to take a break and shoot some pictures. The storm was now in full force, white out conditions were looming. 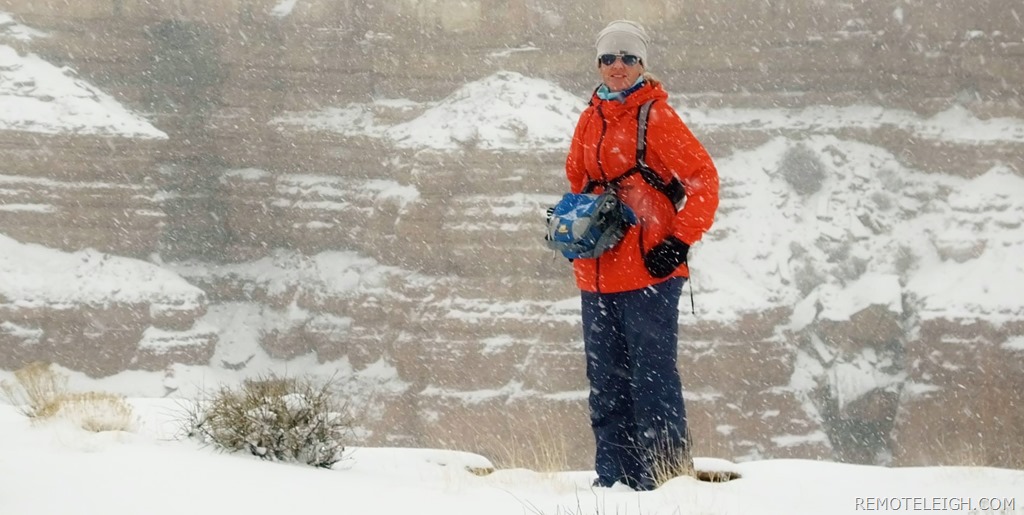 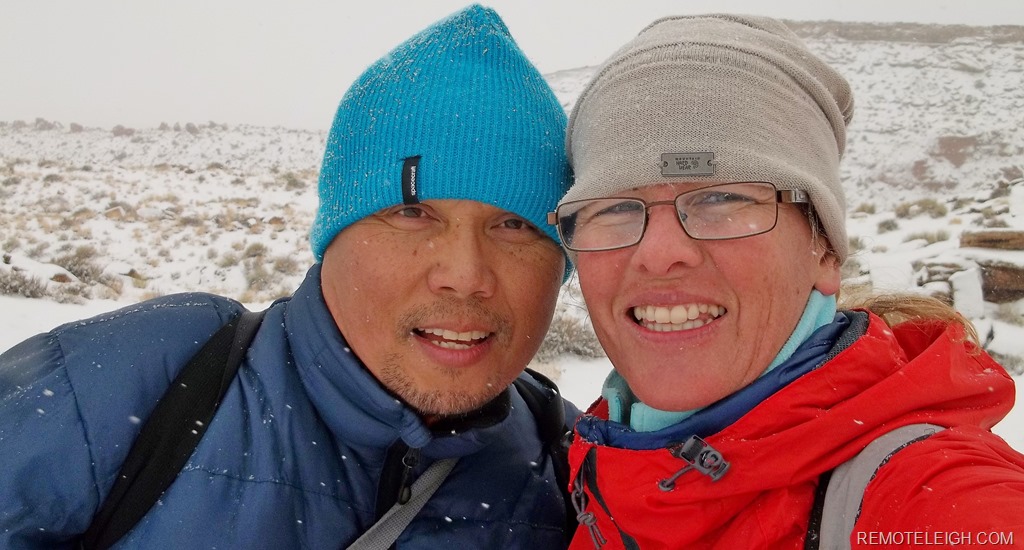 Late in afternoon, Min broke the bad news to Shadow. How do you tell a dog it’s time to go home? You don’t, you just start walking! 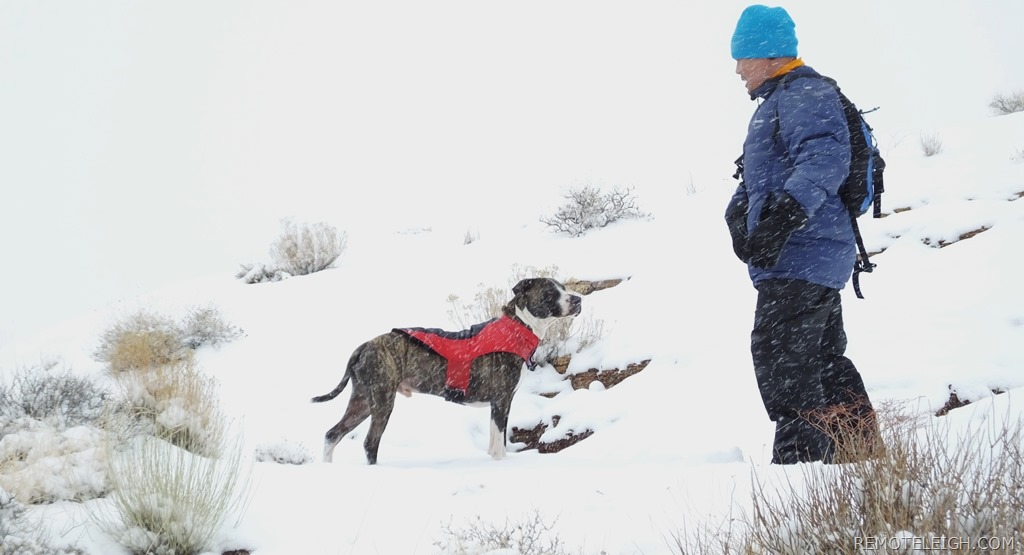 Taking one final view into the canyon, Shadow, Min and I made a beeline for the house. 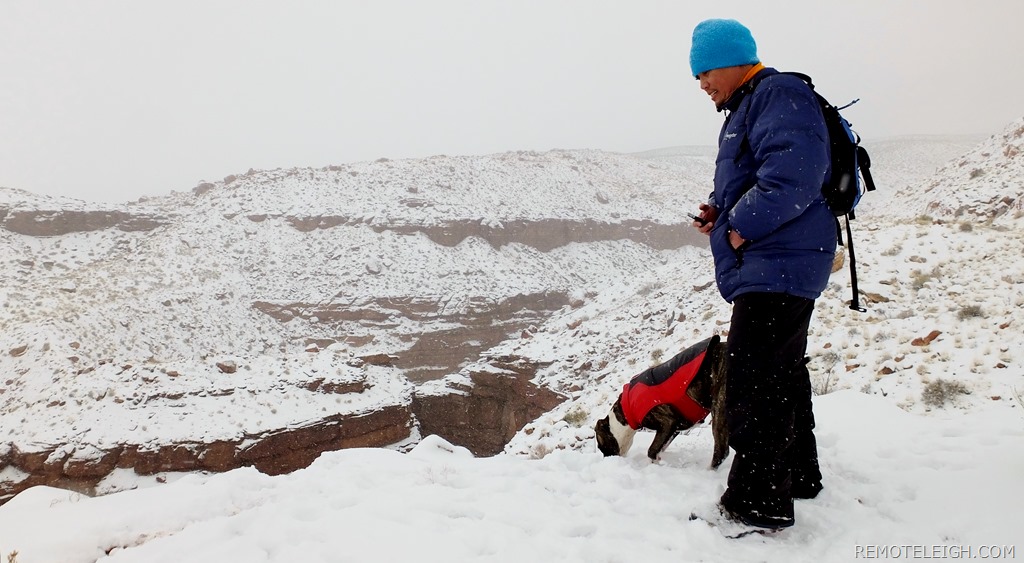 Leading the way and setting the pace, Shadow ensured our return in record time. Maybe Shadow was keen to get home and warm his paws by the heater. 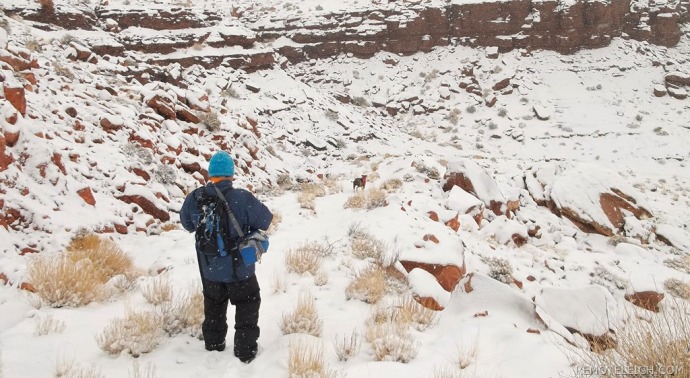 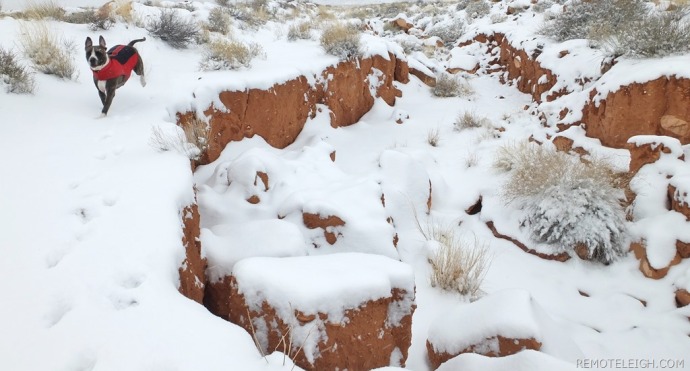 Less than a hundred yards from the house, I turned around to look at the cliffs. I was awestruck! There were no words to describe the view. Not even in my wildest dreams, could I have ever imagined a desert winter wonderland on New Year’s Eve. 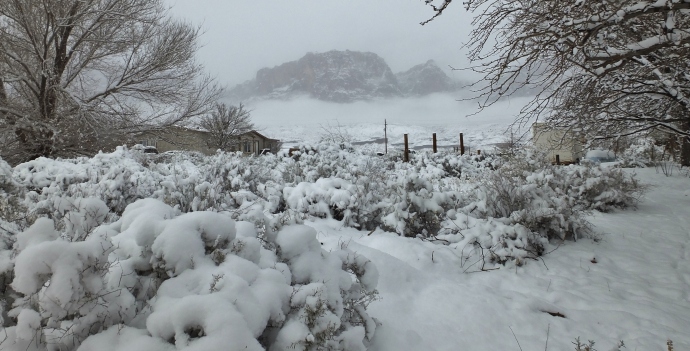 Neither could Shadow for that matter! 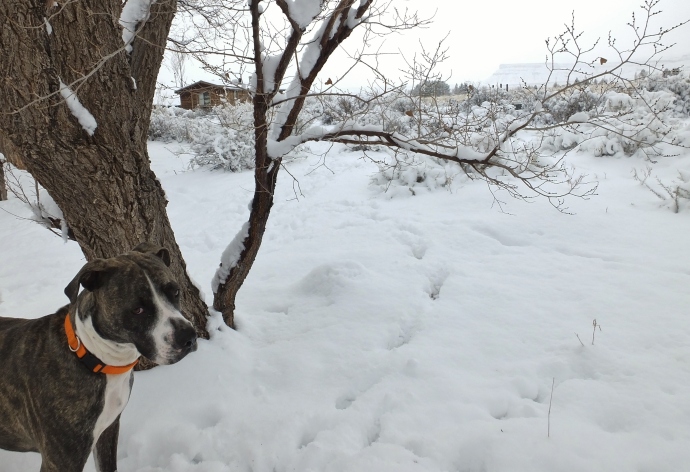 One thought on “WAKING UP TO A DESERT STORM”