A serpentine of switchbacks, a remote red rollercoaster, and a hairpin hell track; are just a few of the terms used by road trippers to describe southern Utah’s, Moki Dugway. 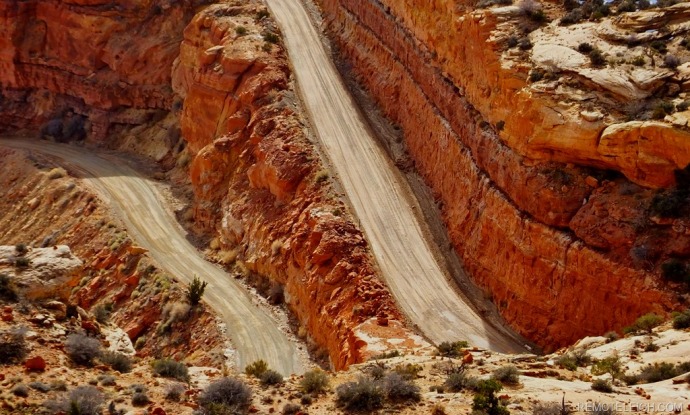 Built during the uranium frenzy of the 1950’s, the Moki Dugway transported uranium ore from the Cedar Mesa mines to the processing mills in Mexican Hat. Over two million tons of ore were extracted from local mines, leaving a toxic environmental legacy for generations to come.

No longer used as a mining road, Utah incorporated the Moki into its highway system. Every year, forty thousand road trippers take the plunge and drive the Moki. Today, it would be our turn.

Exercising caution, the Perfect Stranger, Shadow, and I made our way onto the unpaved gravel dugway.  Over the next three miles, we would ascend 1,100 feet on switchbacks that had been blasted into the cliff’s edge. Considering it was late winter, we were prepared for road conditions of snow, slush, ice, mud, and rock slides.

Regardless of the season, expect the unexpected on the Moki, and keep your eyes on the road at all times. 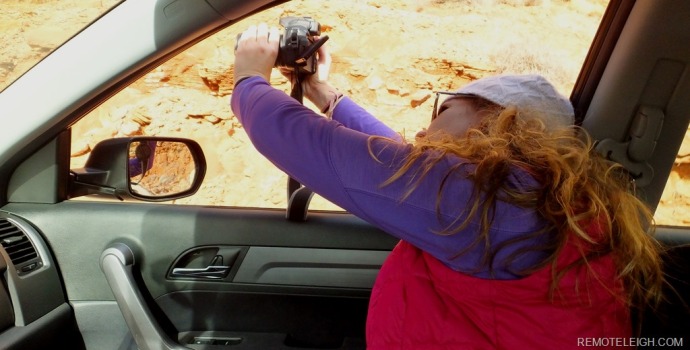 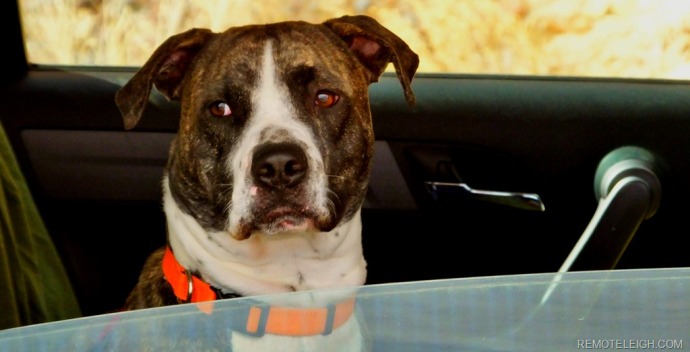 After traversing our first set of switchbacks, the Valley of Gods came into view.

Winding seventeen miles through isolated buttes and towering pinnacles, the Valley Of The Gods is a dusty backcountry road that guarantees an escape from civilization.

The Valley Of The Gods

Backcountry escapes had been the foundation of our desert winter love story. What started as a friendly eight-day road trip evolved into a never-ending honeymoon of adventures. 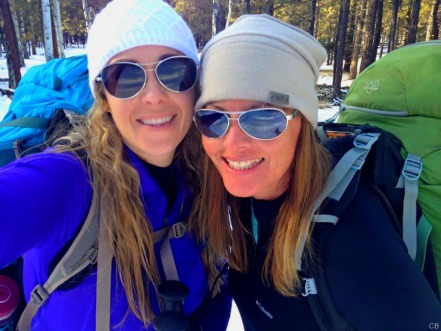 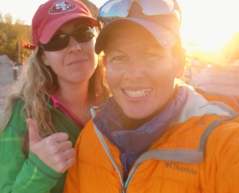 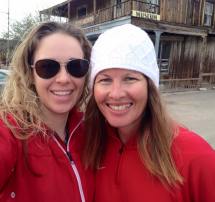 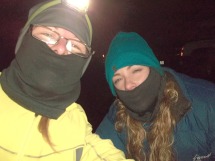 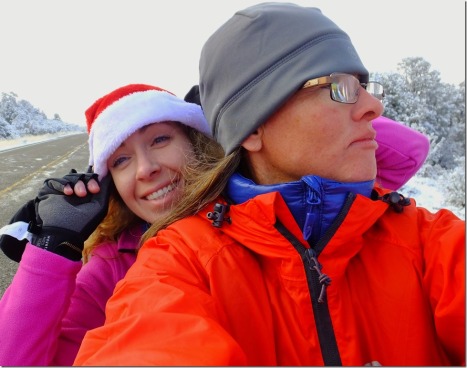 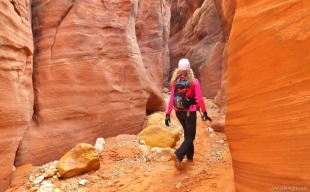 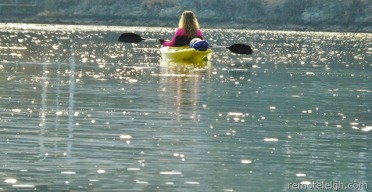 In a few weeks, I would be returning to my seasonal job in Vermilion Cliffs, Arizona, and the Perfect Stranger would be completing her thesis and managing her foundation in Long Beach, California. How would we manage the distance? Being together was now more familiar than being apart! 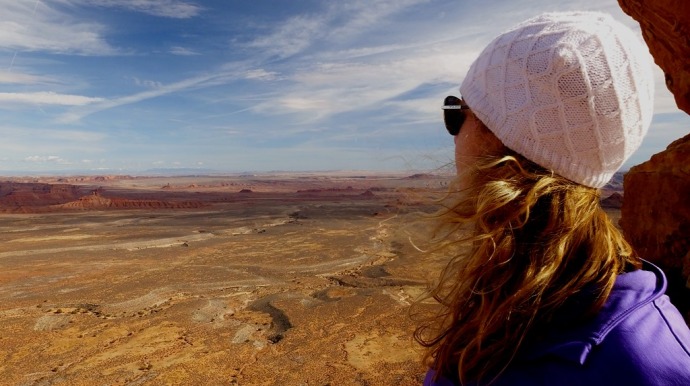 Driving the Moki is a master class in blind faith and mindfulness. Without guardrails, the Moki leaves no room for human error or driver negligence. One can only hope that drivers respect the speed limit without the temptation of treating the Moki like an off-road race track. 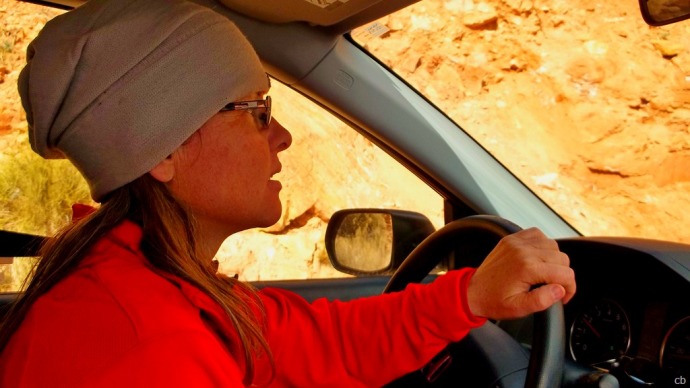 Our final set of switchbacks left me with a new-found respect for the civil engineers who deemed the Moki’s construction possible. Eighty tons of explosives transformed a mountain into a uranium ore thoroughfare; convincing courageous Cold War truck drivers that this human-sculpted road was drivable. 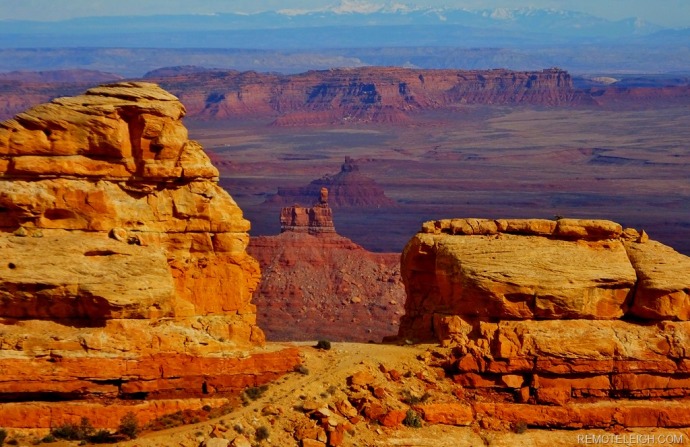 Despite our numerous stops for photos and honoring the five miles an hour speed limit; we completed the dugway drive in two hours. 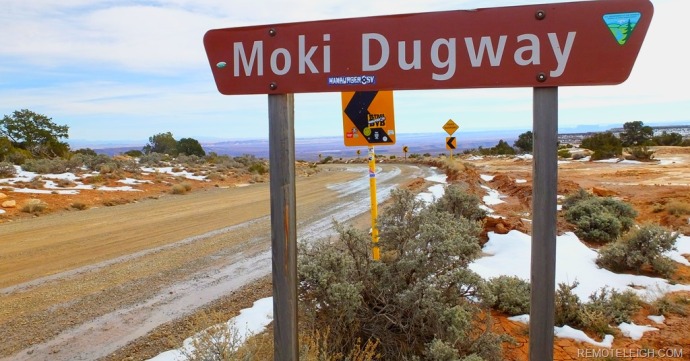 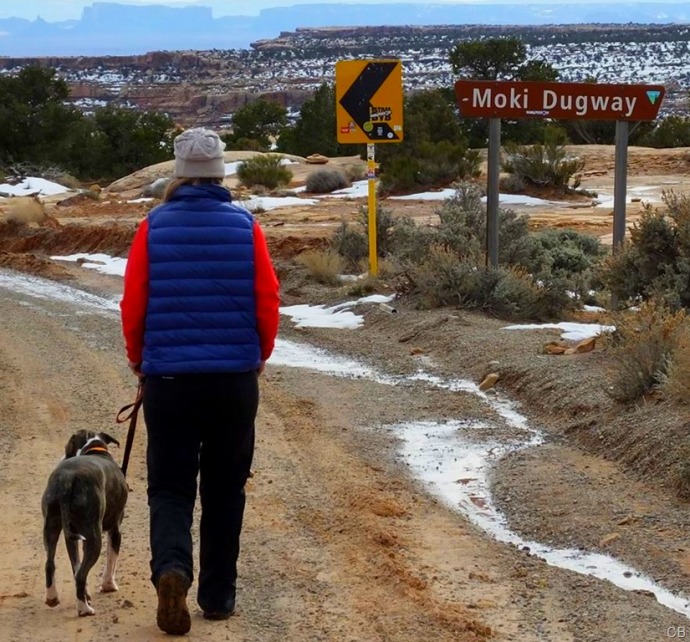 On the Moki’s summit,  a five-mile access road leads to an overlook and camping area, known as Muley Point. Originally, our plan was to spend the night there. Unfortunately, after noticing the road was covered in slushy snow and soft mud, we decided otherwise. Without a four-wheel drive, we were not willing to risk a potential bogging in the middle of nowhere.

After a family conference, the Perfect Stranger and I decided to drive an additional fifty miles to Blanding, Utah. Having spent the last few nights camping at Goosenecks State Park, a hot shower and a warm bed sounded very appealing.

The Moki Dugway serves as a living testament to the Cold War and our nation’s urgency for nuclear superiority. Forgotten, is the government’s sacrifice of rural Utah’s health and environmental safety. Thousands of uranium miners, mill workers, local residents, and Native Americans died or were sickened from toxic exposure. Contaminated soil and water supplies have been left for generations to come. Millions of tons of radioactive tailings continue to cost American taxpayers billions of dollars to remove and safely bury.